The New Epoch: We Have Power, but We Need Wisdom 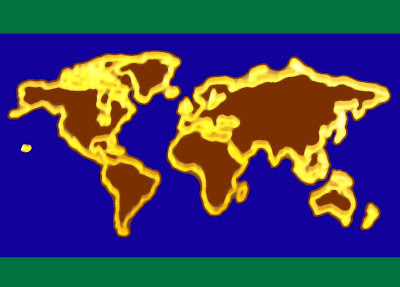 We are living through a large, complex social upheaval that has been taking place over the course of the last two centuries. This upheaval is of historic proportions, and involves all the factors (good and bad) that are weaving together the histories of diverse peoples into the first "global epoch." One of the driving and defining forces of this still-emerging new epoch has been the dazzling, unimaginable progress of mass technology—the human capacity to manipulate material realities in nearly every facet of life.

This gigantic emergence and vast dissemination of human power, however, has not found a corresponding deepening of the wisdom necessary to judge how it can be used in ways that serve the whole good proper to human persons. The vocation of the person in the world has a terrestrial dimension (to contribute to caring for creation and building up history) and at the same time and inseparably an ultimate dimension, to journey through this world with a responsibility and tenderness for others and for all things in relation to a transcendent destiny.

In these tumultuous times, however, we have access to immense powers (and are caught up in the use of those powers, as individuals and as a society) but we don't have the necessary wisdom to know what kind of activity is worth doing. We need a deeper wisdom that perceives the dignity of human persons and the central purposes of human life—with its fundamental orientation toward transcendence, its responsibility toward present human needs and the heritage of future generations, and its task of intelligent and attentive stewardship over the natural environment.

Without wisdom, our powers have no measure. We continually enlarge and use these technological "extensions" of our physical capabilities in ways that are grandiose, but that may also be reckless. If we don't know why life is worth living, or are not at least seriously committed to engage the distinctive value of the human person and the full range of goodness in the created world, we degenerate to inconsiderate motivations rooted in selfishness, tribalism, greed, and envy.

We cannot deny that we live in a world of many wonderful possibilities and many tools of unparalleled utility. At the same time, every aspect of human life bears marks of accelerating complexity, confusion, and affliction. To cite the most obvious example: While human beings have never had such material wealth as some of us have today, other human beings suffer from unimaginable levels of poverty and degradation. Efforts to resolve this inequity by changes in the structures of power or by empiricist economic schemes may appear to "work," but they usually generate new (and even worse) problems.

This is inevitable in a globally interconnected world insofar as we try to "govern" power by the exclusive exaltation of technique to the neglect of an integrally humanistic and genuinely ecological wisdom. When we lack wisdom—when we fail to engage reality in all its factors and recognize the full scope of the good—it's not surprising that we don't know how to focus our power to determine the ways of constructive activity (or restraint) that are called for in real circumstances, or gage the importance of the consequences of what we do. Power without wisdom leads, inexorably, to violence.

Many people have begun to realize that we need this wisdom, and are searching for it in various ways. But so many of us are intoxicated by our enormous powers and captivated by the illusion that they bestow on us unrestrained and easily acquired "freedom." We are willing to allow them to rage wildly, serving neither the temporal good of this world nor our destiny of eternal life with God. We thus reduce ourselves and others to objects in the vast field of material things we control (or try to control). We struggle to manipulate one another or openly oppose one another as rivals in the fight for power—as self-contained, striving individuals or as members of exclusivistic "tribes"—rather than living in friendship and cooperation as persons-in-communion. Or we try to lose ourselves in attachments to whatever spectacles of power or ingenious schemes captivate our fancy.

We lack wisdom and we don't seek wisdom. We are fools. Gigantic, titanic fools.

This is not a pretty picture of the human race. Certainly, it's only part of the picture. After more than a half of a century of life experience, I have lost most of my naive optimism. But I have also learned not to underestimate human resilience. Humans are both fragile and tough. We are full of surprises.

Here, however, I am stepping back from my usual method of seeking out and highlighting truth, goodness, and beauty wherever I find it—however small, tenuous, or submerged in ambivalence it may be. Here I am outlining the shadows rather than the light. (The "shadows" generally have more bearing on my strange poetry rather than my usual efforts to write encouraging prose.)

I cannot ignore the enormous danger that we humans face if we do not rise to the occasion and affirm the fullness of our humanity in these times, in the midst of the furious emergence of the new epoch.

I should say that we will only "rise to the occasion" if we permit ourselves to be lifted up and opened within the depths of our spirit, the core of our person, by the gift of a Wisdom greater than our own.

This is where I place my hope.

Outside of this hope, we can talk about our "values" and about the importance of "spiritual things," but practically speaking we live like materialists, and we are becoming a materialist society on an increasingly monstrous scale. We measure real human worth by the quantity of power a person or group exercises over material things, a power that grows on the strength of technological cleverness and pours into the bottomless hole of human cupidity, aimless curiosity, and the endless cravings of covetousness.

Corresponding to our insatiable hunger for things is the demand for "open possibilities." This entails an illusory flexibility which we think allows us to toy with and then escape from permanent commitments. We fail to see how this attitude distroys our personal lives and hurts everyone around us, how it fragments society, how it impoverishes future generations.

What is the use of an ideal of freedom that is afraid to realize itself in the commitment of the person, as person, to real life and real love? Aimless "freedom" is bent toward disconnection: we are led to believe that "freedom" means being free to grow continually and exponentially in material power, possessions, comfort, and security; free to accumulate unencumbered experiences; free of commitments or a sense of responsibility for the future; free of the demands that others make of us in real human relationships; free to do whatever we want, to be autonomous, to use other humans in temporary combinations and then return to our own radical isolation, to be unconcerned, unbounded, self-defined, alone...

Where will such "freedom" lead us? It will make of our poor selves a desolate landscape where the winds of fear will blow relentlessly and our distractions will increasingly elude us and eventually flee, leaving in their wake an unmasked, inescapable, terrible loneliness.

I have lived long enough to see the trajectory of this false freedom, how it leads to sadness, to the monstrous poverty of the person surrounded by material riches. I have recognized again and again in myself this inclination toward "disconnection" that seems to fill the atmosphere of wealthy societies in our time. It has caused incalculable damage that has hindered the human maturity of whole generations of people—with significant variations, of course, for different persons depending on circumstances and their own connivance in this mentality, but in a way that has left everyone "bruised." The First World's "poverty of loneliness" has not only exacerbated perennial human forms of violence within human relationships; it has opened new dimensions and new contexts for the crippling psychological experience of trauma (a topic that deserves further consideration in another essay).

In any case, we who have been wounded cannot fill the hole in ourselves, the emptiness of our uncommitted lives, with pseudo-connections forged by the same logic of power that has isolated us. We are easily manipulated by manufactured "identities," inflamed "causes" and angry reactions, or this phenomenon I have called "tribalism." This term doesn't refer to traditional tribal societies (except as a caricature of them). The "tribalism" of the new epoch is a kind of social alchemy where our common fears, interests, lusts, and desire for vengeance are melded together by demagoguery into an irrational ideological partisan group. It has the worst insular features of a "blood bond" without any real, concrete human connections such as those that were traditionally the basis of "clan loyalty." Instead, the new post-modern tribe is united by ideology (or "imagology" - made out of manipulative images) dressed up in pseudo-familial garb (including, by extension, nationalist or racist or class-based or any variety of "identity banners" that reduce human persons to unnatural pieces of enthusiast, belligerent, power-seeking groups). These tribal collectives grow, thrive, defend themselves, and make war according to their own bizarre common imaginings and their technologically enhanced "instincts."

We have seen these things happen before in the turmoil of this emerging epoch. We don't want to see them re-emerge in full force on a global scale. In our times, we must be determined to be human persons, to respect and honor one another, to take the risks of love and commitment, of freedom and responsibility, and to seek wisdom.