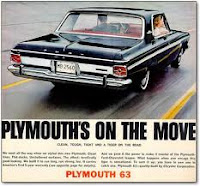 People born in the early sixties have a special span of experience and memory. We are the last of the "baby-boomers," and we still have a feel for the world of our parents and grandparents.

We were the first children of the global village, growing up with multimedia, including new and exciting things like color television and stereo. We remember gasoline at 29 cents a gallon (and that's "leaded" gasoline). We remember getting up early in the morning to watch the Saturn V rockets launch Apollo 7, 8, 9, 10, and of course that "one small step for a man...."

We were the guinea pigs of the late '60s cultural upheaval. Our school teachers were (or had been) hippies or protesters or (at least) progressive civil libertarians. We were educated in experimental classrooms with unusual projects and methods (sometimes very confused methods). But we also grew up in fully integrated schools and wondered why anyone could have any kind of problem with that.

We may remember some of the assassinations of 1968 (I don't). We remember George Wallace. We remember the Beatles breaking up. We remember things like: 45 rpm records, i.e, "singles;" "High fidelity;" Going to drive-in movie theaters with our parents; "Waterproof" watches; Bleachers at the ball park were 65 cents a ticket for kids under 16.

Burgers were 25 cents at McDonalds. A pack of baseball cards was 10 cents. We heard about the "end" of the Vietnam War, a few months after Nixon's "landslide" victory in 1972, promising "peace with honor."

We knew that folks were always protesting but we didn't really know why. We Catholics remember the "Interim Mass" in English, and then that tremendous Sunday when the priest told us that there were some "changes" (the one we remember best is "and also with you" !!)

We were looking forward to the celebration of "the Bicentennial." The air was polluted. Everybody smoked, everywhere. The big new thing was Quadraphonic. And Eight-Track players.

And nothing, nothing, NOTHING was made in China!